The Supreme Court has reinstated, effective 1/1/2011, the rule which permits a party to disqualify a judge without cause. Here's the Order: http://www.isc.idaho.gov/ICR_25a_Order.pdf.
Posted by Dennis Benjamin at 4:20 PM 2 comments:

The Supreme Court dismissed an appeal as untimely when the defendant filed his Notice of Appeal after the District Court relinquished jurisdiction after an illegal second rider.

The Supreme Court reasoned that I.C. § 19-2601(4), which permits an additional period of retained jurisdiction "after a defendant has been placed on probation," did not permit Urrabazo's second rider. It held that "I.C. § 19-2601(4) requires that a defendant be placed on probation and subsequently be found to have violated the probation before a district court may order a second period of retained jurisdiction[.]" Accordingly, the District Court had no subject matter jurisdiction to order the second rider. Consequently, the Defendant should have filed a notice of appeal within 42 days after being sent on the second rider.

I'm not sure how Mr. Urrabazo was supposed to know this since the District Court didn't know it couldn't send him on a second rider. But the Supreme Court dismisses this concern in a footnote, stating that "[w]hile it is unfortunate that the district court misread the statute and possibly mislead Urrabazo about its application" Urrabazo "provides no authority for the proposition that the filing deadline should be extended under circumstances where the statute in question clearly discloses the orders he relies upon on to be void for lack of subject matter jurisdiction."

In a similar case, the Court of Appeals recently dismissed an appeal from an order relinquishing jurisdiction, again for an untimely notice of appeal.

This problem could have been avoided had the attorney filed the notice of appeal right after the rider review hearing instead of waiting the entire 42 days. There is no reason to wait the entire time if you know you're going to file a notice of appeal. Further, I guess we now need to calendar the Notice of Appeal for no later than 222 days (180 + 42) after our client is sent on a rider, unless, of course, he is sent on one of the new 360 day riders.

To read the Ward opinion: http://www.isc.idaho.gov/opinions/ward37265.pdf
Posted by Dennis Benjamin at 8:18 AM 1 comment:

You Can't Steal Something From Someone Who Doesn't Own It.

That self-evident proposition was reaffirmed in State v. Bennett, wherein the Court vacated a conviction for grand theft. The tricky part was figuring out who was the owner.

Bennett purchased a travel trailer from LeFave, then moved out of state with the trailer but without fully paying for it. Bennett and LeFave had an agreement that Bennett could take possession of the trailer and would make payments. LeFave, however, did not keep a security interest in the trailer. Bennett was later charged with grand theft under I.C. §§ 18-2403(1) and 18-2407(1)(b) and with being a persistent violator. A jury found Bennett guilty of grand theft and he later pleaded guilty to the persistent violator allegation.

The Supreme Court vacated the conviction. It reasoned that in order for Bennett to have committed the crime, "LeFave must have been the 'owner' of the trailer" because I.C. § 18-2403(1) states that: "A person steals property and commits theft when, with intent to deprive another of property or to appropriate the same to himself or to a third person, he wrongfully takes, obtains or withholds such property from an owner thereof." (Emphasis in original.) An "owner" is "any person who has a right to possession thereof superior to that of the taker, obtainer or withholder." Therefore, the State was required to prove LeFave had a possessory right in the trailer superior to Bennett's right to possess.

However, since LeFave delivered the trailer to Bennett without retaining any legally supported secured interest, it was Bennett who had the superior possessory right. Thus, LeFave was not the "owner" of the trailer under I.C. § 18-2403(1) and the evidence was insufficient to convict. As an added bonus, the persistent violator conviction was also vacated.

This case is a good reminder to not assume anything when you're putting together a defense. Interestingly, the defense at trial was different from the Supreme Court's reasoning. Bennett argued that there was insufficient evidence that the amount owed on the trailer was over $1000, thus conceding a petit theft. (Luckily, the sufficiency claim was reviewable on appeal even under State v. Perry because Bennett's unwaived constitutional right to have the state prove every element of the offense beyond a reasonable doubt was plainly violated.)

Congratulations to Heather Crawford and Sara Thomas from SAPD!

In October I asked the question What Does "Shall Not Be Given Retroactive Application" Mean?, wondering what that phrase in State v. Perry meant. Perry, you might recall, is the case which makes it more difficult to successfully raise unobjected to errors on appeal. (In short, the Court held that "where an error has occurred at trial and was not followed by a contemporaneous objection, such error shall only be reviewed where the defendant demonstrates to an appellate court that one of his unwaived constitutional rights was plainly violated. If the defendant meets this burden then an appellate court shall review the error under the harmless error test, with the defendant bearing the burden of proving there is a reasonable possibility that the error affected the outcome of the trial.")

My question was answered in the substitute opinion issued in Perry last week and it turns out that no retroactive application means that the "clarified standards shall be applied to all cases not yet final on direct review." So, if your case is on direct appeal, the "clarified standards" apply even if your case was completed in the district court before Perry was decided.

In the third criminal case of the day, the Supreme Court dismissed Albert Ciccone's appeal from two murder convictions because the notice of appeal was untimely.

The District Court pronounced sentence on June 7, 2005, but the filing stamp bore a handwritten notation of May 7, 2005. On June 21, 2005, having noticed the discrepancy, the District Court entered an amended judgment. Forty-two days later, Mr. Ciccone's notice of appeal was filed.

The Supreme Court dismissed the appeal as untimely holding that the time for appeal began on June 7, 2005. The Court wrote that a party cannot complain of prejudice due to the lack of notice that the 42-day window for appeal had begun unless both 1) the clerk cannot prove it served the document and 2) the party did not actually know that a final judgment had been entered. Here, even though the judgment bore the wrong date, a copy of it had been served on counsel on June 8.

The lesson: File the notice of appeal sooner rather than later because the 42-day window for appeal begins to run as soon as the judgment is entered -- even if the judgment contains errors that will later have to be corrected. It is not difficult to withdraw an appeal that the client later decides was ill-advised. It is impossible to file a late appeal.
Posted by Deborah Whipple at 1:15 PM 1 comment:

Busy Day at the Court

In State v. Ruiz, the district court would not permit the defendant to cross-examine a codefendant about the mandatory prison sentence he avoided by agreeing to testify for the State. The Supreme Court held that the lower court erred by not conducting the analysis required by IRE 403 and vacated the conviction.

Morrison and Ruiz were both charged with trafficking in methamphetamine. Morrison agreed to testify against Ruiz in exchange for a reduction in the charge against him to delivery of a controlled substance, thus avoiding the three year mandatory minimum sentence. The State agreed to recommend probation if Morrison testified truthfully. During Ruiz’s trial, the prosecutor, outside the presence of the jury, stated that there should not be any mention of the mandatory minimum that Morrison avoided and the district court limited Ruiz's cross-examination in that way.

Because it vacated the conviction under IRE 403, the Court did not reach Ruiz's claim that his right to confront witnesses was violated.

This case may be helpful to us because it suggests the Court must do the 403 weighing on the record. That only makes sense because a mental weighing of 403 factors is not reviewable on appeal. What's more, on the record weighing will lead to fully thought out and hence better decisions by the trial courts.

In State v. Moore, the Court held that the district court did not have authority in a criminal case to direct the Idaho Department of Correction to return a presentence investigation report.

Moore filed a post-conviction petition under Estrada v. State and got his sentence vacated. Before the resentencing, Moore asked the district court to order the IDOC to return its copy of the first PSI to keep it from being taken into account when Moore was considered for parole. The district court denied the request holding that it did not have the authority to do so.

The Supreme Court agreed. It noted that while IC § 20-237 requires that "a copy of the presentence investigation report, if any, . . . shall be delivered into the custody of the director[,]" it does not "grant the court authority to demand the return of a PSI." In response to the argument that the Court Rules gave the district court authority, the Court stated that the separation of powers clause of the Idaho Constitution (Article II, § 1), would prohibit the Court from directing the IDOC, who was not a party to the case, to take an action under a Court Rule. "This Court has no authority to determine the Department's record retention policies." Thus, it held that the district court did not err.

The Court went on to note, however, that "[i]f Moore contends that the Department's consideration of some of the information would violate his Fifth Amendment Rights, he can address that matter with the Department."

We'll put up a post on the third criminal case later today. In the meantime, here's a link:
State v. Ciccone, http://www.isc.idaho.gov/opinions/Ciccone%2036877.pdf
Posted by Dennis Benjamin at 9:05 AM 1 comment: 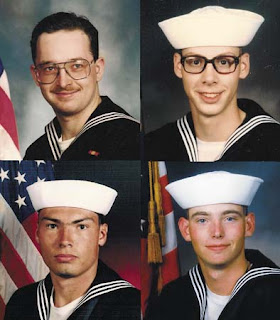 The PBS program Frontline has a show on tonight about the Norfolk Four.

You might remember that four sailors stationed in Norfolk, Virginia, falsely confessed to the rape and murder of the wife of another sailor. The sailors and experts explain that high-pressure police interrogation techniques led them to falsely confess. It's also a story of police and prosecutorial misconduct because the State wouldn't back off the prosecutions even after the only suspect who left DNA evidence at the crime scene confessed and told the police he did it alone, a scenario which fit the rest of the forensic evidence.

False confessions are real and are a real problem for defense attorneys. Most potential jurors believe that they would never confess to a crime they didn't commit and it's our job to overcome that mindset. This show might give us some ideas on how to do that.
Posted by Dennis Benjamin at 8:02 AM 2 comments:

“No man but a blockhead ever wrote, except for money.” 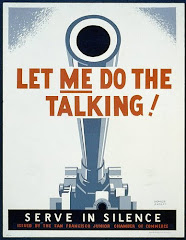 Good Advice for Most Clients

To follow the doings of the Idaho Supreme Court and the lower state courts from a criminal defense point of view and to provide interesting legal news, commentary, and notes.

SCOIDBlog presents the information on this site, if you want to call it "information," as a totally free service. It is intended for members of the criminal defense bar who know when to take something with a grain of salt. (Hint: Right now.) SCOIDBlog and its contributors make no warranty or guarantee about the accuracy or reliability of the content of this site or at other sites to which we provide a link because: 1) we're not getting paid to do this, 2) we might be wrong and 3) we don't know what's on all those other links. Any person seeking specific legal advice should contact an actual, not virtual, lawyer.